Often the cards and sights show the twin towers only.But this image will show you the plaza and food centre...The Yellow building is the plaza.
If you like more details please ask me.


Often Inventions improve our lives.
The internet has revived interest in postcards.
Let me know if you are interested in postcards now.
Posted by Kiron Manuel at 01:02:00 1 comment:

The University of Western Ontario

A water view in Brazil

Somehow this card is quite popular .
Let me know your desires.
Posted by Kiron Manuel at 17:23:00 1 comment:

Again I am looking for this nice card.Yes this is a lovely scene with a cat being drunk with Russian Juice.
Posted by Kiron Manuel at 18:58:00 1 comment:

Does this face look nice?I am looking for more dog cards.esp the cute ones.
Posted by Kiron Manuel at 01:36:00 No comments:

Here is a card that is so nice.I am looking for this card now
Posted by Kiron Manuel at 19:07:00 No comments:

Through a seldom contact I was able to get this rare card.I wish I could get more.
Posted by Kiron Manuel at 01:16:00 No comments:

Humming Bird on a Card 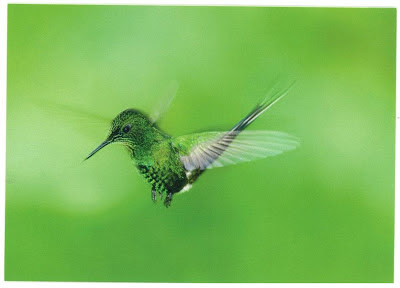 A suitable way to promote wildlife is to allow postcards to travel worlwide.Kindly contact me for details
Posted by Kiron Manuel at 01:13:00 No comments:

I am looking for this card.Please let me know.
Posted by Kiron Manuel at 00:40:00 No comments:


A chance to get a flying Dirigible.


An airship or dirigible is a type of aerostat or lighter-than-air aircraft that can be steered and propelled through the air using rudders and propellers or other thrust mechanisms. Unlike aerodynamic aircraft such as fixed-wing aircraft andhelicopters, which produce lift by moving a wing through the air, aerostatic aircraft stay aloft by having a large "envelope" filled with a gas which is less dense than the surrounding atmosphere. The first lifting gas used was hydrogen, although this had well-known concerns over its flammability. Helium was rare in most parts of the world, but large amounts were discovered in the USA. This meant that this non-flammable gas was rarely used for airships outside of the USA.[1] All modern airships, since the 1960s, use helium.[note 1]

The main types of airship are non-rigid (or blimps), semi-rigid and rigid. Blimps are "pressure" airships where internal pressure, maintained by forcing air into an internal ballonet, is used to both maintain the shape of the airship and its structural integrity. Semi-rigid airships maintain the envelope shape by internal pressure, but have some form of internal support such as a fixed keel to which control and engine gondolas and stabilizers and steering surfaces are mounted. Rigid airships have a structural framework which maintain the shape and carries all loads such as from gondolas, engines. The framework contains numerous balloons, known as "gas cells" or "gasbags" which supply the static lift without having to bear any structural loading.[2] Rigid airships are often called Zeppelins, as the type was invented by Count Zeppelin and the vast majority of rigid airships built were manufactured by the firm he founded.
Airships were the first aircraft to enable controlled, powered flight, and were widely used before the 1940s, but their use decreased over time as their capabilities were surpassed by those of aeroplanes. Their decline continued with a series of high-profile accidents, including the 1937 burning of the hydrogen-filled Hindenburg, and the destruction of the USS Akron. Airships are still used today in certain niche applications, such asadvertising, freight transportation[citation needed], tourism, camera platforms for sporting events, geological surveys, aerial observation and interdiction platforms, where the ability to hover in one place for an extended period outweighs the need for speed and maneuverability.
Posted by Kiron Manuel at 01:13:00 No comments:

Here is a chance to get this exclusive card
Posted by Kiron Manuel at 01:06:00 No comments:

Cards of the World

The Postcard House - A Fabulous Selection of Products