This card is so marvellous I am looking for this card.
Can anyone help me please?

As always I have a lots of such cards .Kindly let me know if you need this card.
Posted by Kiron Manuel at 02:04:00 No comments:

These scenes look comical.To get such a card please request for this card.
Posted by Kiron Manuel at 01:51:00 No comments:


The concept has won.By swapping cards we get more cards in circulation
My new friend in Florida has sent me ten of these same cards.
I can give you  these cards.You can get her details too.
She has several massive blogs.

For her effort I have sent her ten different cards of Asia.Join in the fun of postcard circulation.

She has several blog sites
Here is her main one. 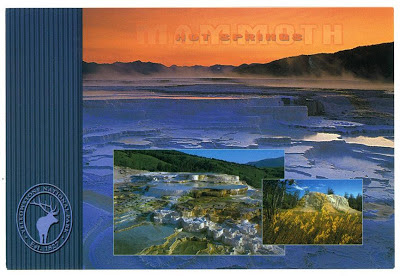 If anyone can find this exact card let me know.
Posted by Kiron Manuel at 18:45:00 No comments:

One of several rare and hard to get postcards.Either anyone can help me get them or I have to find them myself.


Thank you Anke for this card
Often I have good friends who send me lovely cards.So I encourage everyone to be involved in card swapping.You will get great joys in the mail.

This card was sent to me by Anke.Thank you Anke.
My reading on the card has given me this information.


Ofcourse this card came from Ms Sabine.I just hope a reader could get a new card from this place.

Hiddensee is a car-free island in the Baltic Sea, located west of Germany's largest island, Rügen, on the German coast.
The island is located at 54°33' north 13°07' east, and has about 1,300 inhabitants. It was a popular holiday destination for East German tourists during German Democratic Republic (GDR) times and continues to attract tourists today with its natural beauty. It is the location of the University of Greifswald's ornithological station.

Private motor vehicles are banned throughout the entire island. For public services and agricultural purposes only a few motorized vehicles are permitted. As a result the island is virtually car-free. Some of the permitted vehicles are equipped with electric propulsion. The majority of the public transport and part of the goods traffic is provided using horse-drawn carriages. A public bus service operated by the Rügener Personennahverkehr (RPNV) runs between the villages of Grieben, Kloster, Vitte and Neuendorf. The island may be reached from Stralsund as well as Schaprode on Rügen with passenger ferries of the Reederei Hiddensee, which call at Kloster, Vitte and Neuendorf. In the summer season there are additional services to Ralswiek, Breege, Wiek and Zingst. In addition, there are water taxi links with the mainland and the island of Rügen.
Posted by Kiron Manuel at 02:09:00 1 comment:

Cards of the World

The Postcard House - A Fabulous Selection of Products